When Donna Morris looks at the Mi’kmaq petroglyphs at Kejimkujik National Park, she sees history.

Morris, originally from the Indian Brook First Nation, has been working as an interpreter/coordinator at Kejimkujik since 2000. Part of her duties include offering tours of the Mi’kmaq petroglyphs, one of the park’s main attractions, to visitors and campers several times a week during the spring and summer months.

“Right now, the images are starting to fade a bit,” Morris explains. “We only have one particular area where we show the public and the other petroglyph sites are a little inaccessible due to the water and the distance of where they are.”

There are more than 500 Mi’kmaq petroglyphs at Kejimkujik. Some of them are estimated to be 800-1000 years old. All but one of the sites are blocked off from the general public. Park guides patrol the paths around the petroglyphs to make sure visitors obey the signage warning visitors not to enter and disturb the protected areas.

Those areas are protected, Morris explains, because the park wants to preserve the petroglyphs for as long as possible before they fade away due to erosion and exposure to the elements.

The only area open to guided public tours is a path that runs along Kejimkujik Lake that leads to a seating area where people can remove their shoes and socks before they can see the rock carvings. Guides like Morris then lead the tour groups onto several large, flat rocks where several petroglyphs are etched into the slate rocks that extend beyond the shoreline.

In 1995, Kejimkujik National Park was given the designation as national historic site because of the petroglyphs. A monument commemorating the petroglyphs stands just off the parking lot at the Merrymakedge Beach.

“Through education, we try to preserve as much as we possibly can,” Morris says. “And mother nature, even though she’s beautiful, she can be little rough on us.” 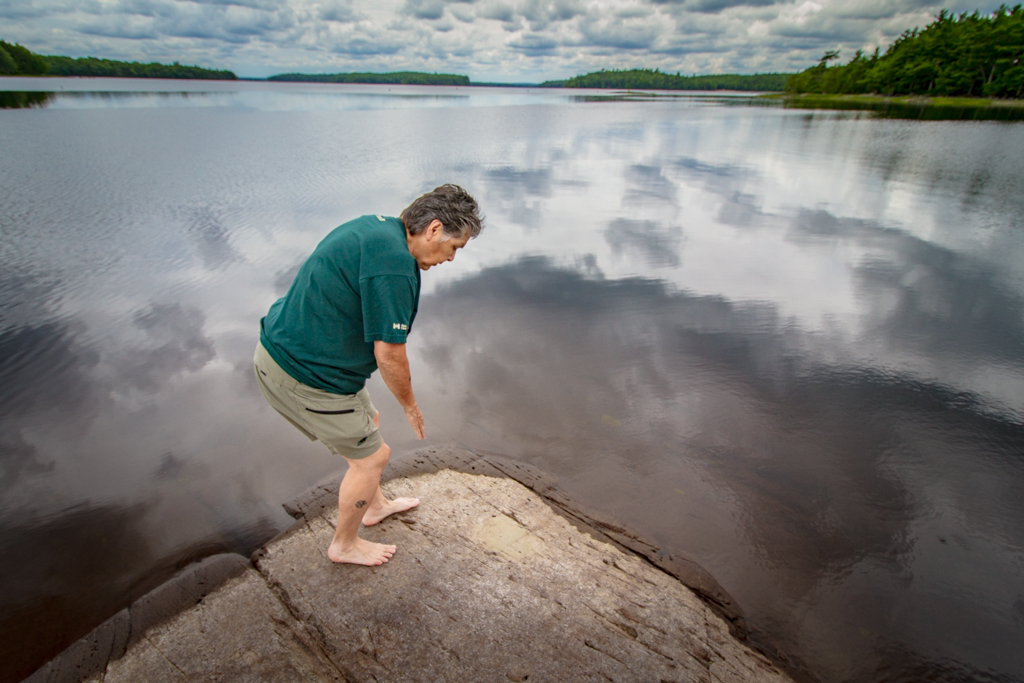 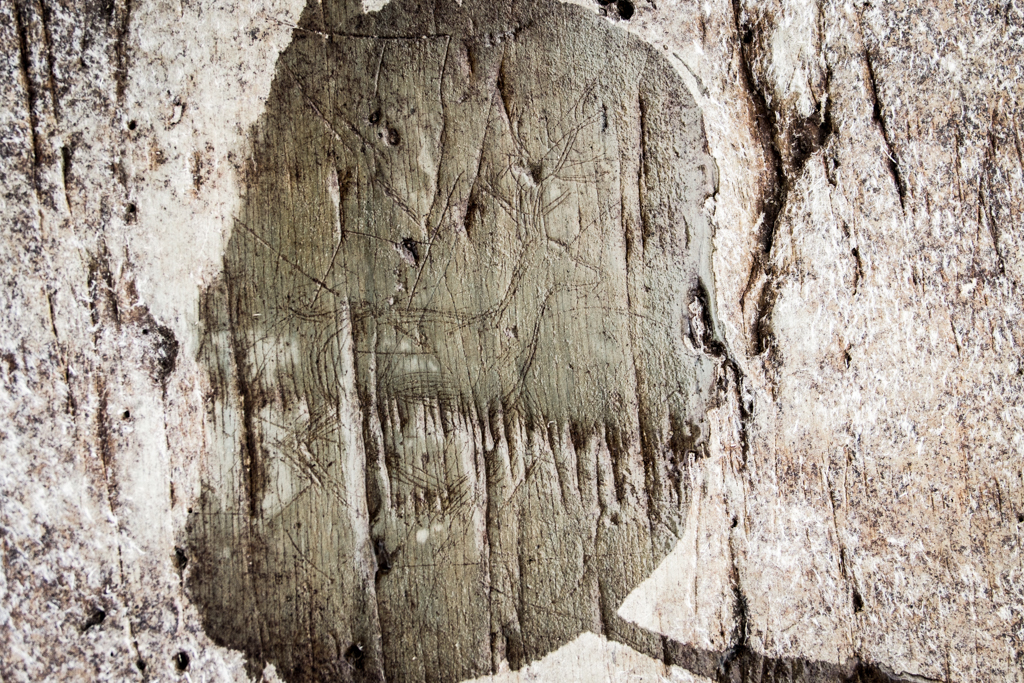 Caribou Carving
A drawing of a caribou can only be seen on the slate rock by pouring water over it./Photo by Stephen Brake 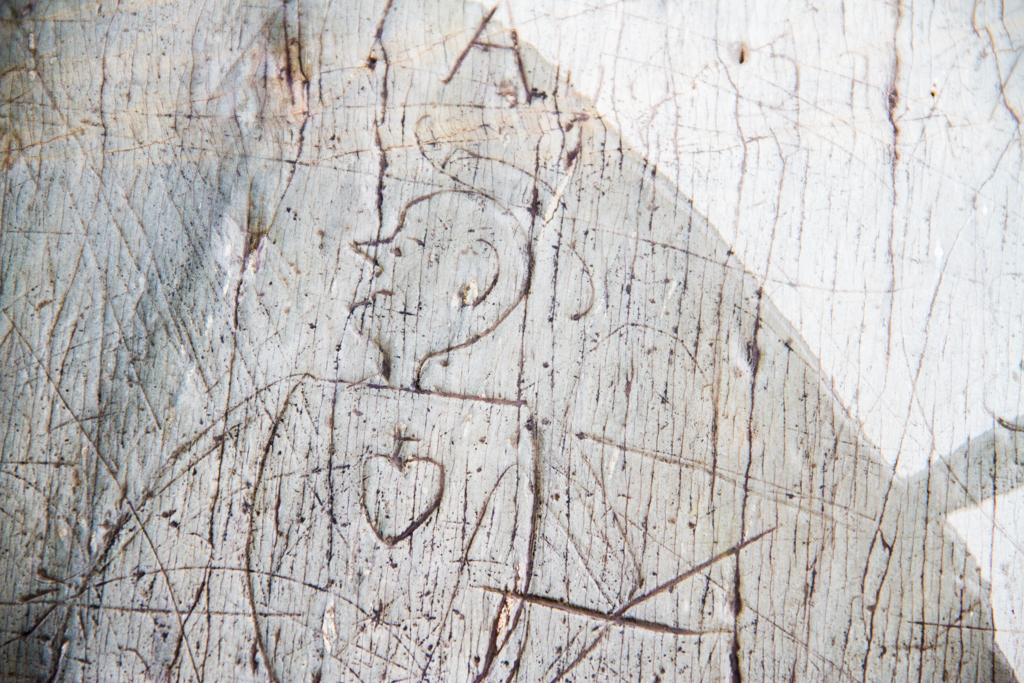 French Missionary Carving
A carving of a French missionary can be seen on the rocks at Kejimkujik National Park./Photo by Stephen Brake 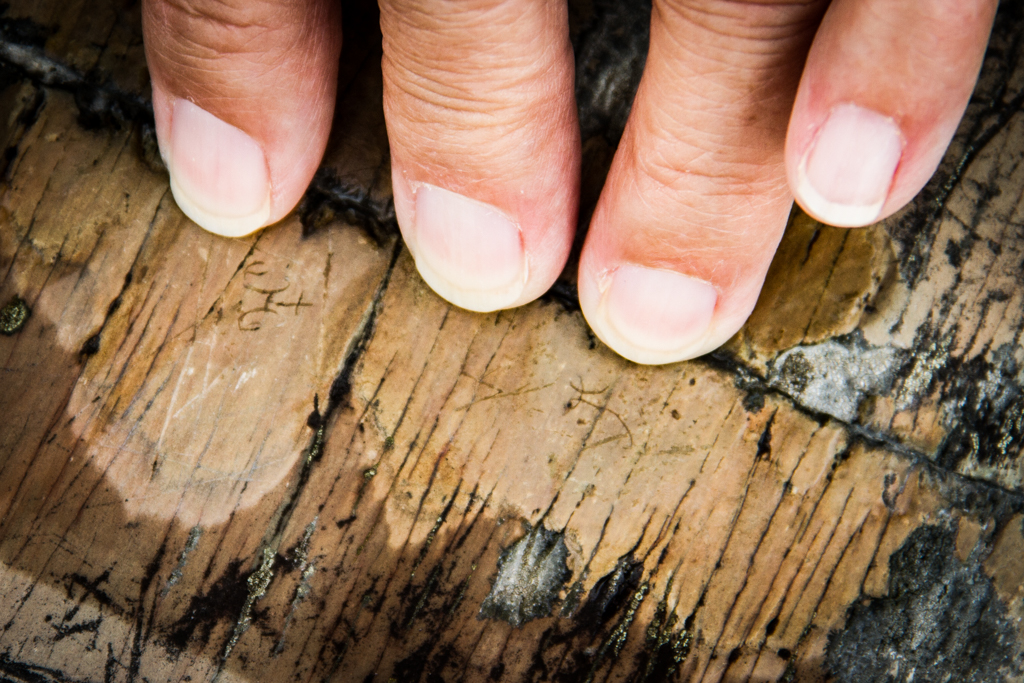 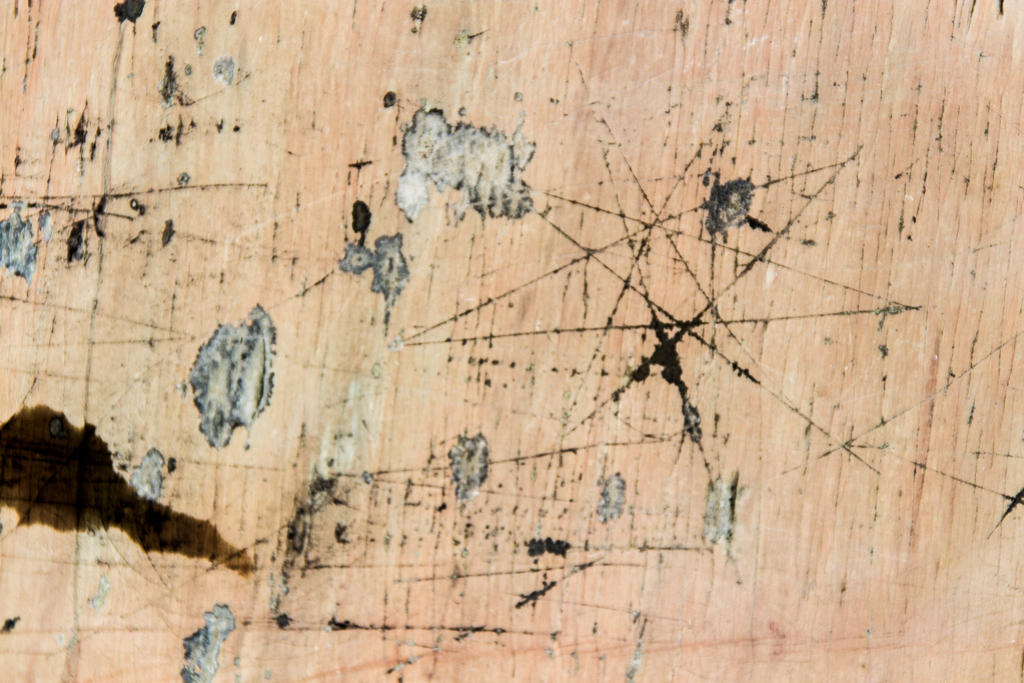 Abstract Human Figure at Bedford site
An image of an "abstract human figure" can be seen at the Bedford site./Photo by Stephen Brake 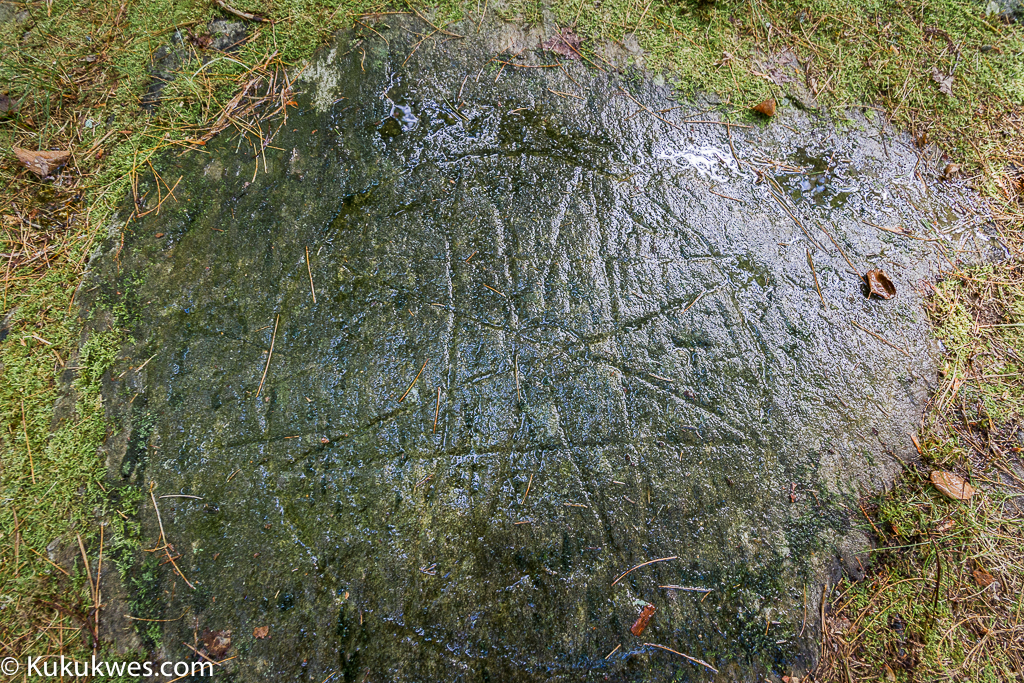 In the 1980s, Morris explains, Mi’kmaq elders met with park officials to discuss ways to preserve the petroglyphs. At the time, a decision was reached to let the petroglyphs erode “because they’re not of this time,” Morris says.

It’s the same philosophy being applied to preserve another set of Mi’kmaq petroglyphs in Bedford, N.S., Tim Bernard, Director of Culture and Heritage at the Confederacy of Mainland Mi’kmaq, says.

“That’s what the community members want,” Bernard explains. “ Keep it in it’s natural state and at the end of time when it no longer can be visible, maybe that was the purpose.”

The Bedford petroglyphs are located along a forested foot trail at the end of Emmerson Street.

The decision to keep the petroglyphs where they are, Bernard explains, was reached after in-depth consultation and two commissioned reports were conducted. The Assembly of Nova Scotia Mi’kmaq Chiefs instructed  the Mi’kmaq-Nova Scotia-Canada Tripartite Forum’s culture and heritage working committee to come up with a solution.

As a way to protect the petroglyphs before they succumb to erosion, the Tripartite Forum decided to divert the trail around the stone carvings to prevent hikers from walking over them. An interpretative sign written in Mi’kmaq, English and French was placed near the petroglyphs.

Bernard says a plaque will be placed at the site once the Nova Scotia chiefs finalize a design for it. Once that decision is made, Bernard hopes to hold a ceremony in October during Mi’kmaq History Month.

“That’s why we’re hoping to have it all wrapped into one. Have an official blessing of the trail on that day.”


Ku’ku’kwes News needs your support in order to continue providing news coverage of Indigenous issues in Atlantic Canada. We need $646 more in monthly pledges/ subscriptions in order to reach our next funding goal of $4,000. If you enjoy our news coverage, please consider signing up for a monthly subscription. Go to Patreon.com/Kukukwes and become a monthly patron/subscriber.

About Maureen Googoo 242 Articles
Maureen Googoo is an award-winning journalist from Indian Brook First Nation (Sipekne'katik) in Nova Scotia. She has worked in news more than 30 years for media outlets such as CBC Radio, the Chronicle-Herald and the Aboriginal Peoples Television Network. Maureen has an arts degree in political science from Saint Mary's University in Halifax, a journalism degree from Ryerson University in Toronto and a Masters degree in journalism from Columbia University Graduate School of Journalism in New York City.
Facebook Instagram Twitter LinkedIn

23SharesThe former president of the Nova Scotia Native Women’s Association is taking her harassment and discrimination complaints against a regional vice-chief for the Assembly of First Nations to the Canadian Human Rights Commission. Cheryl Maloney, […]

89SharesMorley Googoo has been suspended from his position as Assembly of First Nations Vice-Chief for Nova Scotia and Newfoundland while the AFN investigates allegations he harassed women while serving in his role as vice-chief. AFN’s […]

Support Independent Indigenous News. Become a monthly patron of Ku'ku'kwes News.
64% complete
At $4,000 USD per month,you have hired me on a full time basis to cover Indigenous News in Atlantic Canada. I will double my news content output and improve the website to include more multimedia (including podcasting).