Kathleen Ivaluarjuk Merritt said it was a dream come true when her band, Iva, was invited to perform at this year’s Celtic Colours International Festival in Cape Breton, Nova Scotia.

Merritt, who is from Rankin Inlet, Nunavut, has family ties on Cape Breton Island. Her father is from the island and her grandparents live near Sydney, N.S.

“I’ve been wanting to come to Cape Breton to play this music,” Merritt, 29, said.

Merritt’s Inuit/Irish band was among several acts that performed at Wagmatcook Cultural Centre on Oct. 7 as part of the festival’s Pjal’si: A Wagmatcook Welcome concert.

The concert is part of the Celtic Colours International Festival, an annual nine-day event held throughout various locations on Cape Breton Island. The festival, which begins on the Friday before Thanksgiving, celebrates the island’s cultural heritage through community concerts and cultural events.

Merritt explains her Inuit and Irish heritage is reflected in her performances. She blends Celtic music with throat singing, singing and spoken word.

In 2015, she released her debut album called, Ivaluarjuk: Ice; Lines and Sealskin.

“This project and the music is about celebrating identity and our histories and, you know, who I am as a person,” Merritt said.

“We’re very mindful of how the Mi’kmaq welcomed Scottish and other people when they came here,” Beaton said.

“Those cultures are very much inter-twined and we like to identify that have that as a platform within Celtic Colours,” she said.

This year, Beaton said organizers wanted to invite artists from other regions as part of Canada 150 celebrations.

“We’re still an international festival and that’s still the crux of what we do but took a little closer look at the regions all across Canada,” Beaton explained.

George Paul from Metepenagiag Mi’kmaq Nation in New Brunswick, said he was invited to Celtic Colours to perform some of the songs he has written over the past 30 years at the Wagmatcook concert. 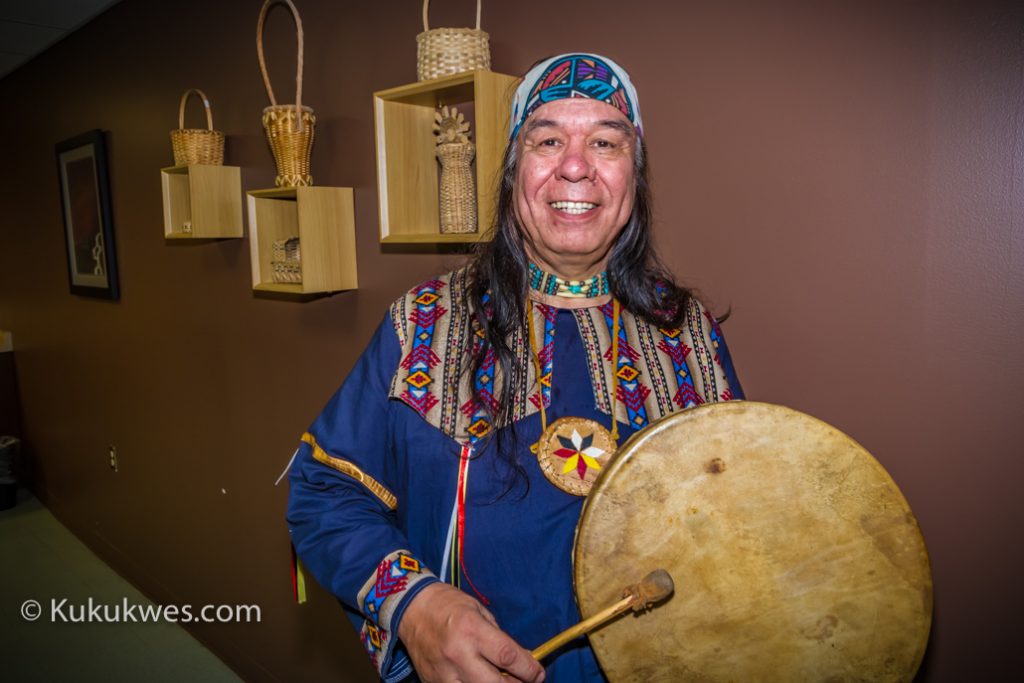 His most well-known song is the Mi’kmaq Honour Song which is sung at most Mi’kmaw cultural events. He said he wrote the song after he fasted on a mountain in Kootenay Plains, Alberta in 1980.

“The things that we had gone through throughout history, the political, kind of shuffling that they put us through,” he said.

“My songs are based around that,” Paul said.

For Merritt, performing at Celtic Colours has given her a chance to reconnect with family and recall childhood memories of spending summers in Cape Breton.

“We’ve been touring across Canada for the last couple of years and so it almost felt like, you know, we’re coming home to play music in a place where it was inspired,” she said.

About Maureen Googoo 258 Articles
Maureen Googoo is an award-winning journalist from Indian Brook First Nation (Sipekne'katik) in Nova Scotia. She has worked in news more than 30 years for media outlets such as CBC Radio, the Chronicle-Herald and the Aboriginal Peoples Television Network. Maureen has an arts degree in political science from Saint Mary's University in Halifax, a journalism degree from Ryerson University in Toronto and a Masters degree in journalism from Columbia University Graduate School of Journalism in New York City.
Facebook Instagram Twitter LinkedIn

April 11, 2017 Samantha Calio
The sister of slain Inuk woman Loretta Saunders is upset that one of the killers is going ahead with appealing her murder conviction. “It’s a slap in the face,” Delilah Saunders said in a phone interview about Victoria […]